The Wolf Fields labyrinth was officially opened on Saturday 18th June as part of the Art Day at Wolf Fields Nature Reserve. The weather was 25˚ and sunny until half an hour before the opening, when it rained and turned cold. The area dean was meant to cut the ribbon, but he had a bicycle puncture and didn't arrive until later, so we went ahead anyway. We did a little labyrinth explanation, there were prayers, old and young people cut the ribbon, and the children walked in a crocodile round the labyrinth to the centre, where there were bubbles to blow. 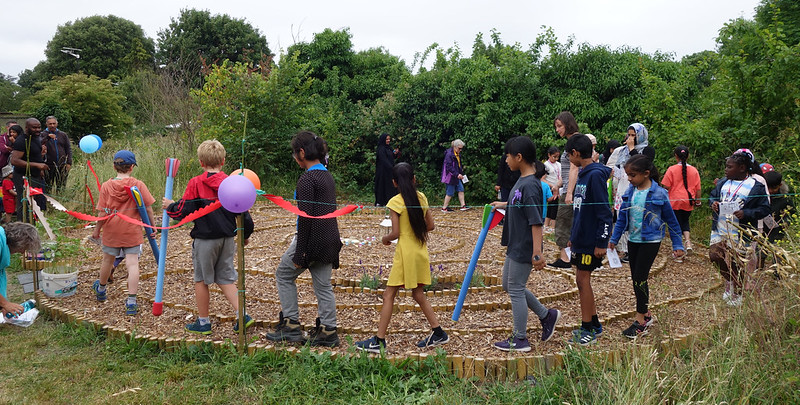 The children's procession was entirely delightful - not how we usually walk a labyrinth, but it accidentally recreated the 'labyrinth dance' theory for the origins of labyrinths.

The barbecue to end the afternoon was brought forward by an hour because of the weather, but there were still plenty of people. We hung around the fire pit for warmth and toasted marshmallows.