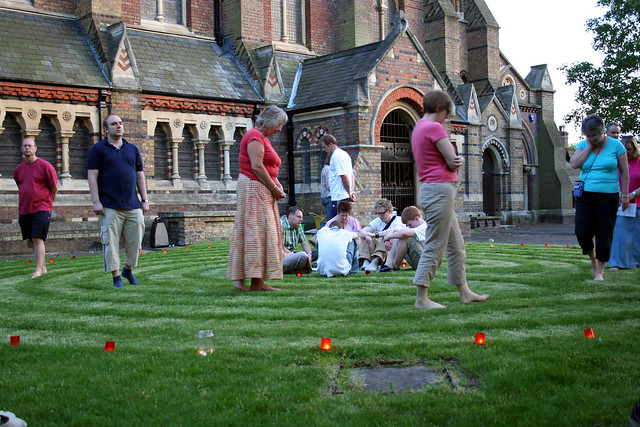 we mowed a labyrinth in the grass at the front of st marys with a focus on pentecost. in the centre we had some oil so that you could pray for the next person to arrive to be filled with the spirit of god by anointing them with oil. we gave some simple guidelines for walking. walking intenitonally and prayerfully takes a bit of getting used to. the first time you walk a labyrinth can be a bit weird. and it's good to make the most of the centre as a space for prayer/being still or whatever.

there are lots of photos in the gracelondon flickr group. mark has a lovely one from the top of the tower with people walking on it. jonny has created a set - one man went to mow. steve's set is here.

he has also blogged instructions on how to mow a grass labyrinth if you are interested. 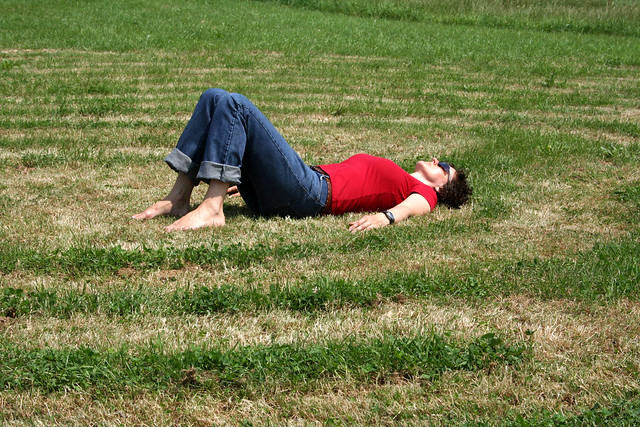 this labyrinth was actually a trial run for a labyrinth we had been invited to help set up for the minet park festival with arocha in southall. this one proved harder to create (the grass was pretty scraggy) and was more complicated to mow as it was the chartres pattern. there are a couple of pics of that in the labyrinth set mentioned above.

The Ealing Gazette had an article, below, which was great, except that the person in the photo is NOT Jonny Baker!