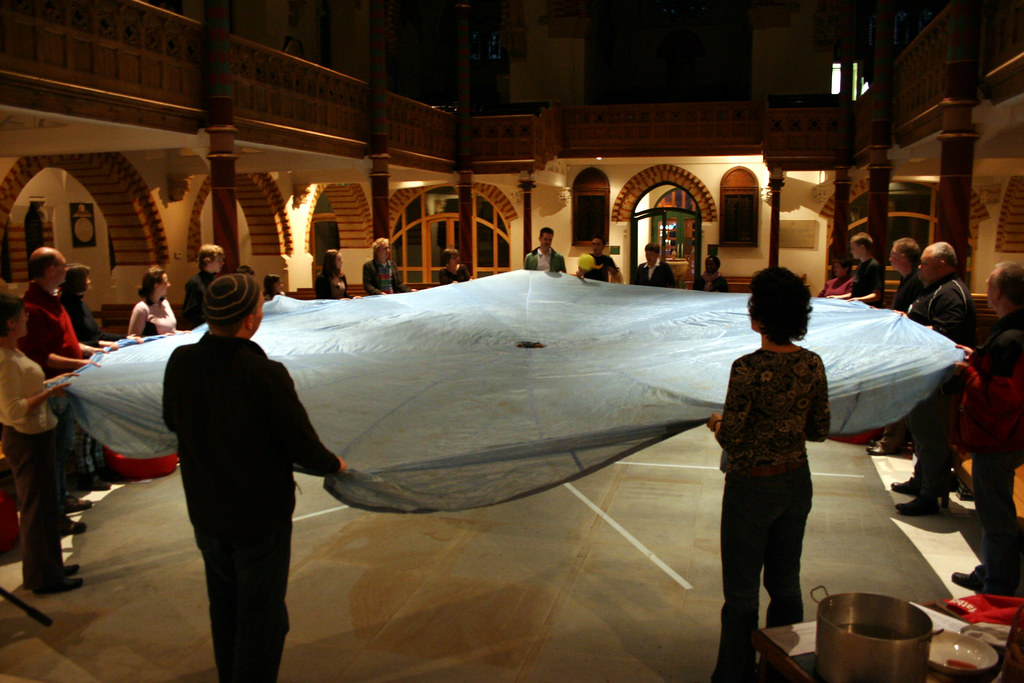 spiritual health was inspired by renovare. renovare was founded by richard foster who suggests that to be spiritually healthy you need a balance of six streams or traditions. we made a wheel with six spokes on the floor and had stations on each of the six streams followed by an examen. it was a debut for a parachute at grace - an example of balance...

Had titles for each station that have our word on the front and the renovare word on the back.

Each station will have stories from the life of Jesus; an object/image; a question/action.

To be mature is to be Christlike
Introduce stations

Importance of community
Questions for future of grace